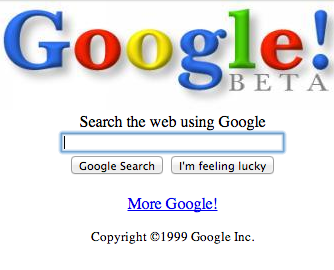 I’m a bit fuzzy on the dates, but it was during a Summer School enrichment program, prior to high school, that I encountered the Internet. Before then, the closest thing to owning a computer was my Super Nintendo.

I have memories of using Yahoo! to search for everything Final Fantasy, and used up all the colored ink in the computer lab. I believe these printed artifacts are still somewhere in existence– old FAQs, game walkthroughs, and screen shots.

I switched to Google, because everyone else was doing it. It must’ve been during college, when all the other CS majors raved about this search engine. I’d mostly used Yahoo, but, I remember having to switch around, if I wanted to make sure I’d find what I was looking for. 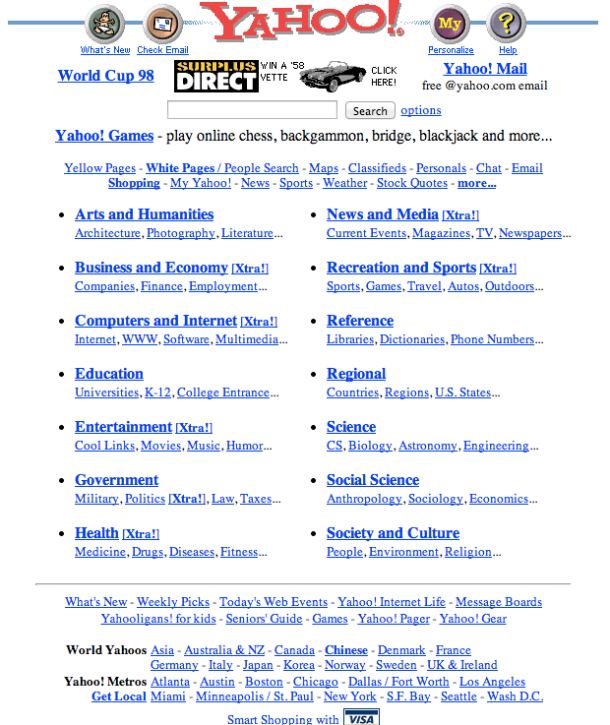 In the last few years, I recall a colleague, Adam, recalling that he’d made the switch to Google as a result of personally finding it to yield the best performance. The Google algorithm was called PageRank, described in the paper summarized as follows:

The importance of a Web page is an inherently subjective matter, which depends on the readers interests, knowledge and attitudes. But there is still much that can be said objectively about the relative importance of Web pages. This paper describes PageRank, a method for rating Web pages objectively and mechanically, effectively measuring the human interest and attention devoted to them. We compare PageRank to an idealized random Web surfer. We show how to efficiently compute PageRank for large numbers of pages. And, we show how to apply PageRank to search and to user navigation. (Page, Lawrence and Brin, Sergey and Motwani, Rajeev and Winograd, Terry (1999) The PageRank Citation Ranking: Bringing Order to the Web. Technical Report. Stanford InfoLab)

In grad school, I TA’d for a class on Social Networks, Statistics, and Game Theory, where concepts like ad auctions and PageRank was taught. We used this book: Networks, Crowds, and Markets. 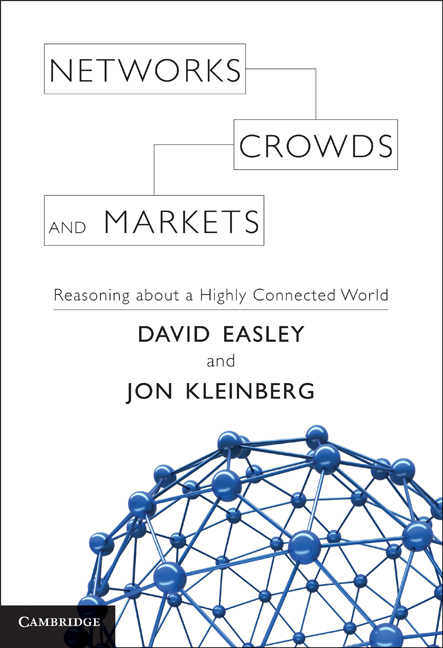 All the pages start out with a rank of 1 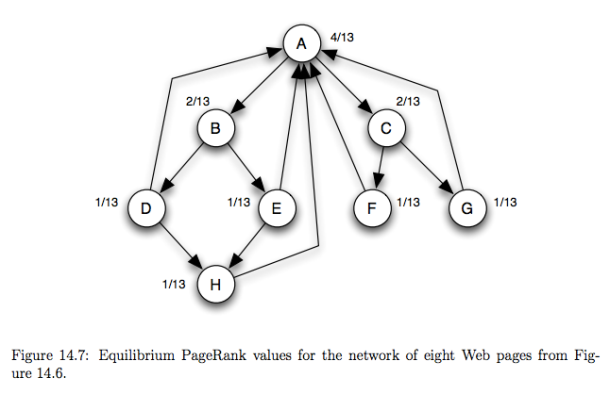 They distribute their value to the pages they link towards, until an equilibrium is reached

Here’s the explanation from the text book

Here’s an example from a homework problem I taught on:

Anyhow, it was interesting to find this post on search engines of the 90’s: http://sixrevisions.com/web_design/popular-search-engines-in-the-90s-then-and-now/

And, thanks to the Wayback Machine, I can go back in time and reminisce. 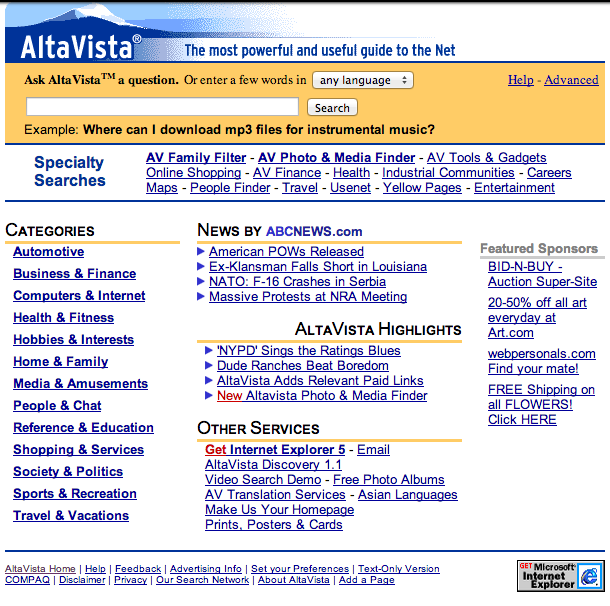 altavista, back when IE was cool 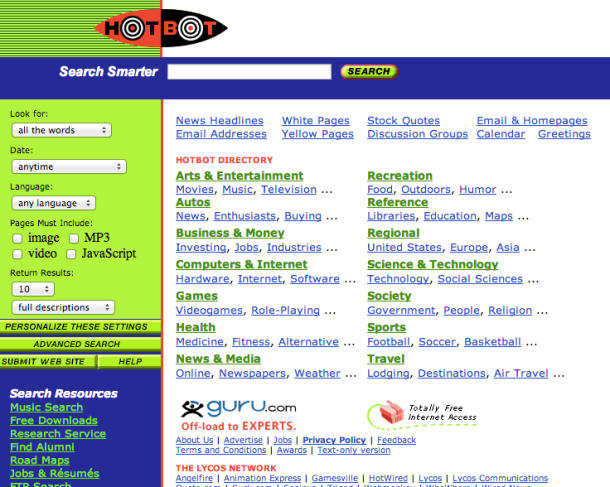 One thought on “PageRank: Reminiscing about the Internet before Google”