From what I’m told, this is Blizzard’s free to play, Magic cards-like, based off of WoW, game. I’m neither familiar with Magic nor WoW. I was a Starcraft person, myself, but even then, I avoided the battle.net games. Maybe my internet was too slow? Maybe I just wanted to learn about the game without feeling too intimidated or a hindrance to others? (I blogged about this feeling a long time ago, here). That’s probably why 95% of my Hearthstone experience was with the Innkeeper and not real people. 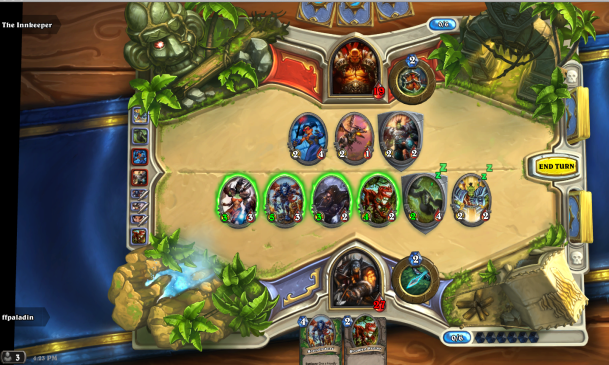 It’s a bit intimidating at first, with all the different card-types. Blizzard did a good job of holding my hand through the process. Although, I also had the help of 12 year old boy, as I was in a room full of kids when I decided to launch the install for the first time. 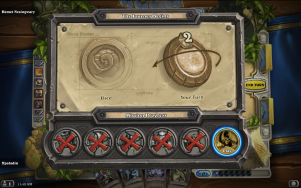 To be honest, my first thought was, “haven’t we gotten past the women with huge breasts thing yet?” 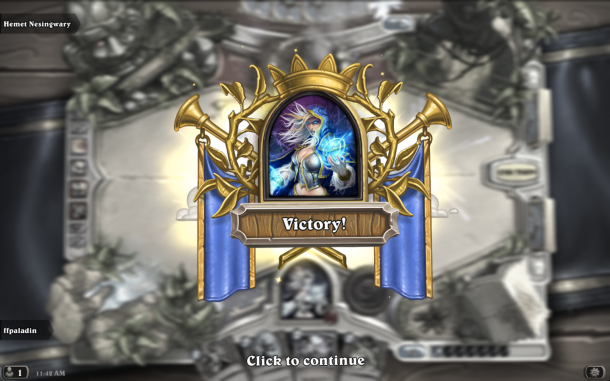 Anyhow, there are nine total hero classes along with nine sets of specialized cards. I played through all nine against all nine in practice mode (9×9 = 81 games, at least). It was both addicting and fun. If you like number puzzles, you’ll enjoy this game.

So, I broke the addiction by starting to play real people over battle.net, something that the game kept urging me to do. I realized that, unless the person was totally clueless about the game, I’d get my ass kicked.

Playing the innkeeper was fun, but I’m just not hardcore enough about Hearthstone to get really good at it. This is due to three things, (1) I need a stronger threshold for failure, (2) I need to play enough times to figure out what my strategies are, (3) I’ll never win, unless I have a well balanced deck of cards. 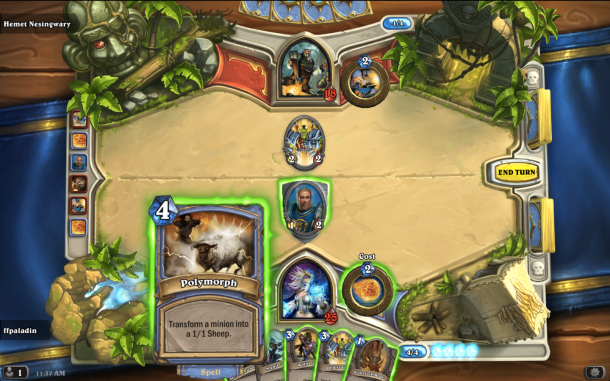 The different cards were overwhelming to learn, but practice mode gave me a place to do that. I didn’t spend a lot of time using custom decks, and I know that’d be the next logical aspect to figure out. 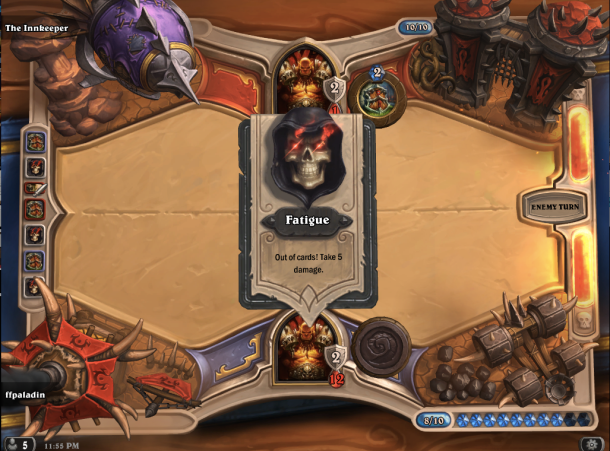 For such a simple game, a game you could play with actual cards, it seemed to take up a lot of my CPU. The animations and 3D models were stunning, as a result. 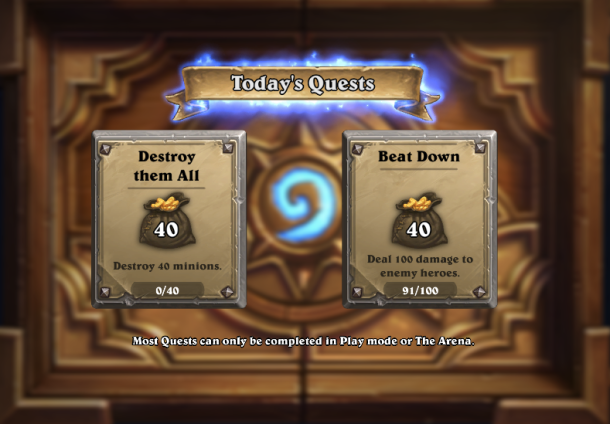 Also, for extra incentives, we could earn gold through daily quests. Gold is used to buy more decks of cards– gold, or real money. In other words, you can get cooler cards if you spend your time or your money earning them. There is a lot of art and features in this game, so they gotta pay the bills somehow.

Blizzard wins either way. All of their games are well made and fine tuned. They’re stuff is so popular, they could release free to play games, paid for by selling action figures at Toys R Us.