It’s hard to isolate the changes you experience each year at GDC. Is the experience different because I’m different or is the industry, itself, different? GDC is a cross-section of our lives, passions, hobbies, and vocation– same time, every year. Every year, I get to serve the industry alongside the industry, and even after a decade, it’s been a difference conference every time.

It’s maybe the difference between knowing someone for a week versus knowing them for 10 years. I met the video game industry 9 years ago at GDC. GDC has become like some sort of week-long birthday party where all it’s friends get together every year to celebrate. This relationship’s lasted my entire 20’s. So many industry mothers and fathers, aunts and uncles, who’ve watched me grow up, and, in many ways, they know me more intimately than people who I work with everyday.

I’d like to think of the industry as a place where the misunderstood are welcomed– where the complicated aren’t required to always make sense. Someone’s normal will always be someone else’s weird, and therefore, all the more grace to you. Maybe that’s why diversity is so important. 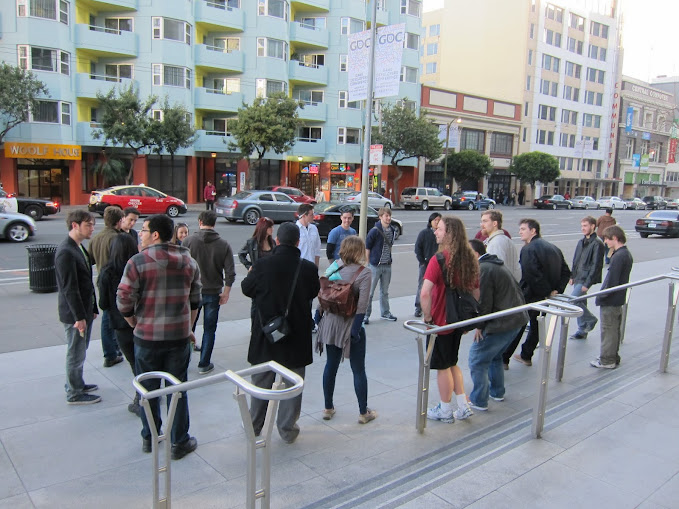 Unconditional is how I describe most of the friendships that have come from GDC. Maybe a week is just enough time to connect with someone, and not nearly enough to fall out. With the industry as a common ground, it’s easy to maintain trust and freely give it out over a matter of days. After going for so many years, you’d have to try pretty hard to not have multiple people, throughout the week, excited to see you again. 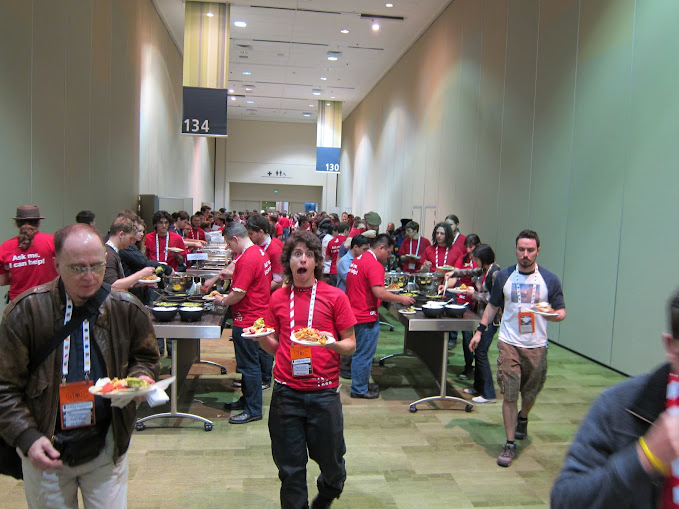 Some of us volunteer, and I can say that it’s a much different conference when you don’t. Then again, GDC is really multiple conferences. For example, we have daily prayer meetings at 7:30 in the morning. It’s a time, where people of all faiths (even atheists) come and share their challenges and triumphs from the past year (#GDCPray). 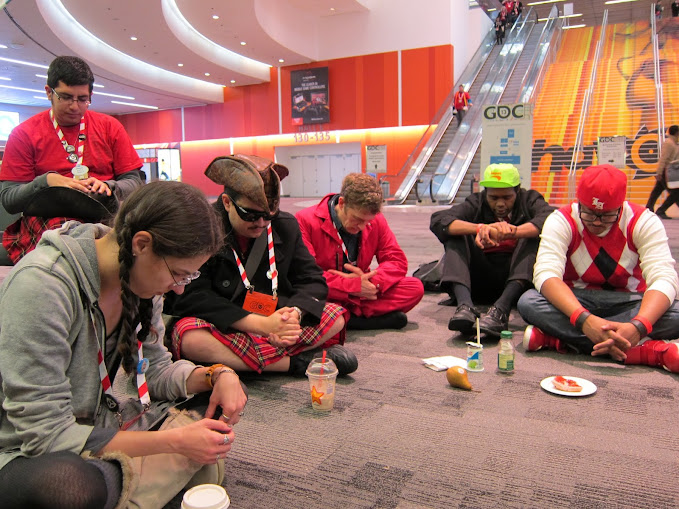 You hear a lot of stories about people losing jobs, finding jobs, getting married, having kids, etc. You get that yearly update on chronic illnesses and how relatives are doing with cancer.  This year, more than any other, was a lot of crying and hugging–  even among strangers. Maybe I’m different? Maybe the industry’s different? My relationships are certainly deeper. 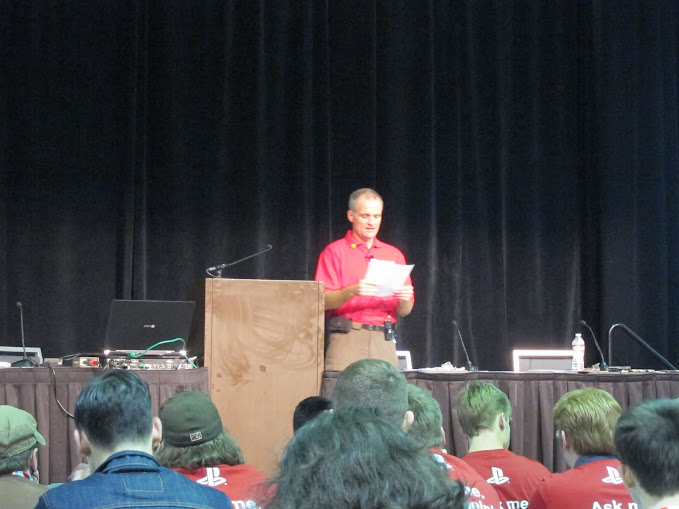 “It was like being at church,” Grant said about one of the sessions. I had made this comparison in the past. He said people were cheering each other on, sharing their wounds, sharing their hopes, and doing a lot of crying and hugging. He’d never seen the game industry in such an open and vulnerable state. They just want to belong and be accepted. Last year, the invisible spoke more audibly than ever. 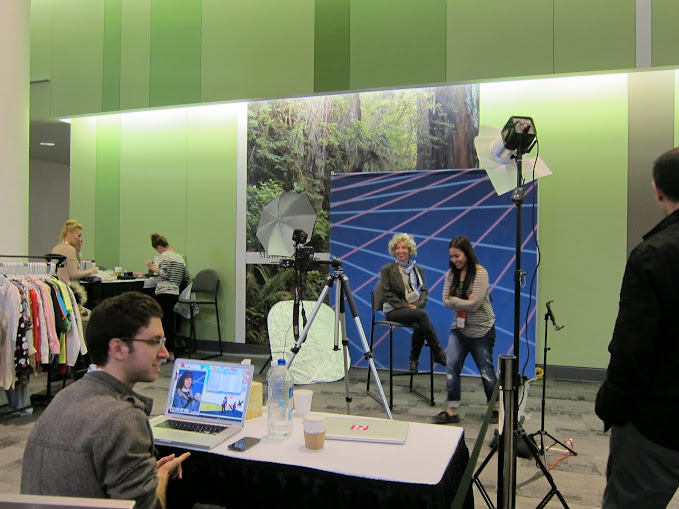 I don’t think I’ve ever felt invisible at GDC as I have other places. People always treated me like I was amazing, even if I wasn’t. Last year, I wrote:

Well, nothing’s really changed to make me any less great than I’ve been in the past. It seems that I’m merely growing into the person that the CA program has always seen in me. It’s a realization that unfailingly happens as a result of the circumstances that GDC creates each year. Somehow, without even trying and through the reflection of this unique group of people, do I see myself headed in directions I could never have imagined on my own. Part of that is becoming the even greater CA and individual that you all have seen in me, and the other part is seeing each person for the individual greatness that they may yet to see in themselves. 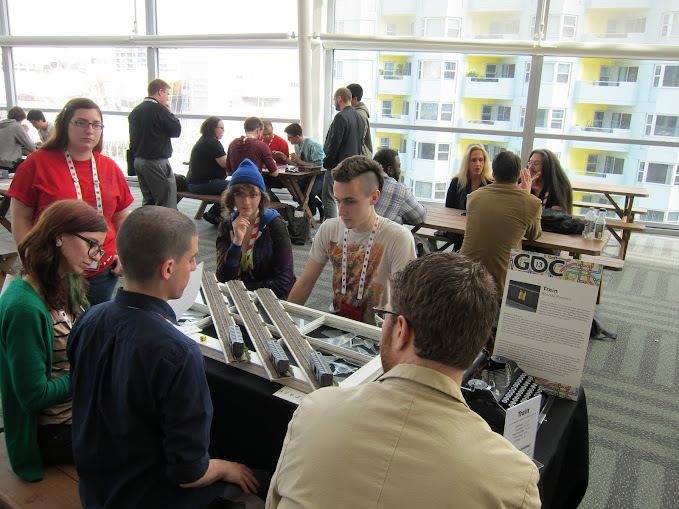 Imagine the game industry as a source of healing for the brokenness in our world. We don’t know what that looks like, but we made sure to speak it into existence. You know somethings happening when games like, That Dragon, Cancer, is making the rounds at the after-parties, making grown men weep.

It’s quite cliche these days, but church, they say, is not a building, it’s the people. GDC, in the same vein, is not the conference, it’s the relationships. You’ll never find a group more earnest. 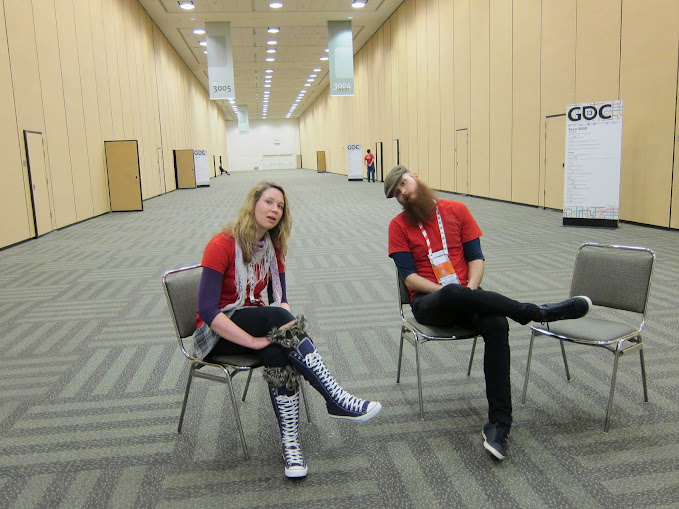 I’m not sure how much of a choice it is to be visible, but in regards to game culture, you have a far more even playing field than you would on some forum or YouTube video. For me, the biggest change I can foresee is the matter of how I use me visibility this coming year. 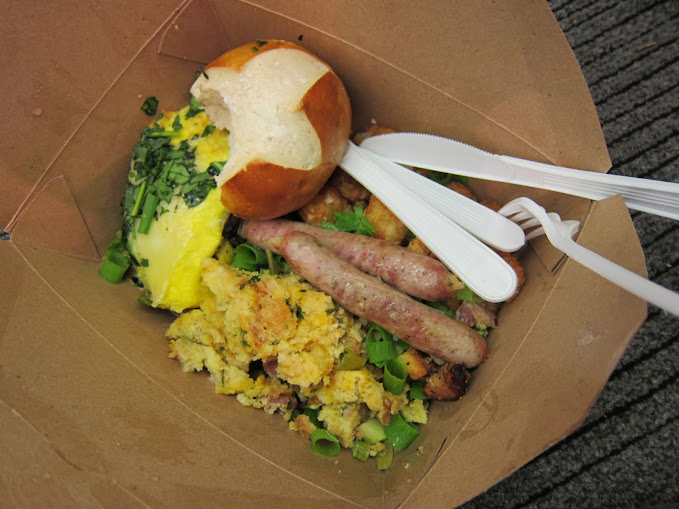 At GDC, I have memories of people going out of their way to walk me home, giving me rides, bringing me breakfast and dim sum. The CA program, in particular does quite well at “washing each other’s feet.” To borrow another term, it’s got this infectious “culture of honor.”

What blesses me the most is seeing how the veterans are investing in the next generation of developers. In particular, how my amazingly accomplished friends will sit there and talk to my students. When Elbert, who works for Microsoft, helped my students debug their XNA game for hours. When Josh talked to my students about being an AI programmer. When Tronster, who’s worked years at Firaxis, took the time at the end of a long week to give advice to them. It reminds me of my second year at GDC, I was working on my graphics class project, trying to get a teapot to rotate, with so many programmers ready to help.

I am a child of this culture and member of the CA family. So, in addition to what I’ve had to say and shown in the past 8 years, there will always be added wisdom from the previous year’s experiences and a year of growing up thereafter.

Every year, I feel more effective than the one before. What’s been almost a decade has taught me that the responsibilities of a CA are more influential than badging a door or running a sign. We’re stewarding a movement that’s changing the world. I’d be foolish to think that I do this by myself– it is as much me, as it is my contribution to the CA program, as it is everyone’s contribution to the CA program (and beyond). Each time I bring the experiences of years, the understanding of how we got here, the foresight of what’s possible, and the heart to see it through. For that, I’m quite grateful for the CAs and for having a place to belong every year. 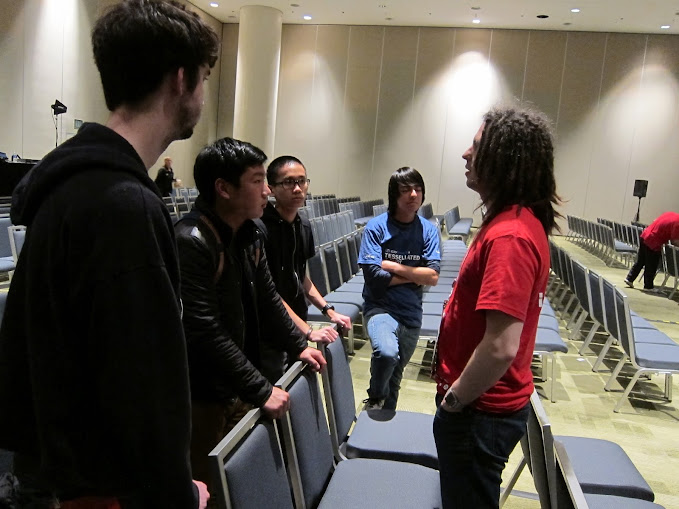 So, this coming year is about visibility. It’s investments of time, effort, and openness like I’ve described that’s grown an industry where an indie with something to say can be visible, where someone who isn’t sure they have anything to say is encouraged to speak, where people treat you as the person you will become, not the person you are.

Fitting that we support a medium that tells stories about losers changing the world, and orphans finding loyal and lasting friends, where there is always hope in the most impossible situations.

No wonder we have so many things to cry and hug about.