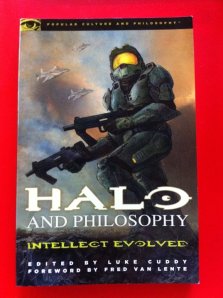 Maybe it’s not worth it to take a whole course on AI (although Stanford seems to be offering an online course). At a university, a course would give a bit of the history, some of the basics, and the more commonly accepted research areas of Artificial Intelligence. If you wanted to know about AI in games, you’d have to stop by the AI Summit at the Game Developers Conference or go to a school with faculty that research videogames.

I go to UC Santa Cruz, and I work in the Expressive Intelligence Studio at the Center for Games and Playable Media in the Computer Science Department. One of our major conferences is the Artificial Intelligence in Digital Entertainment Conference (AIIDE). At AIIDE is where you find the unusually more balanced distribution of academics and developers. If you’re looking for a well rounded perspective on videogame AI, that’s where you’d start.

As far as I know, AIIDE is the only venue where you’ll find the academy and industry in dialog about game AI. Being once a year, it’s not unlike that awkward family reunion, where John Doe’s side of the family interacts with Jane Doe’s that one time every year. At this conference, you’d see how the academy is pioneering the pursuit of applying cutting edge AI to the virtual worlds of video games, and it soon becomes obvious that the AI we study at a university is probably unlike the AI development that is practiced in our videogames.

To give you some contrast, the mecca for general AI researchers and academics is the main conference for the Association for the Advancement of Artificial Intelligence. My first time at that conference, I sat in a session on story generation (or using computers to tell stories). Of any session, none would be more applicable to me than one on AI and stories. Being the big picture person I am, I asked the speaker whether he feels his work will ever be useful to fiction writers. He smugly says that computers could never tell stories as good as humans, as the room erupts in laughter. Perplexed, I inquire with a professor and friend of mine on what exactly was so funny. Apparently, it’s commonly accepted that much of this type of AI research has no direct application in the real world and, perhaps, even absurd to think otherwise.

But I mean, unless you’re truly interested in knowing what AI is, what would this matter to you? You may be neither developer, nor academic, nor the bridge trying to connect the two. Well then, you are in a category of your own, perhaps, someone who enjoys videogames and would prefer a less technical, more accessible discussion. Instead of reading research and postmortem papers on game technology, you’d rather pick up a pop culture book like, Halo and Philosophy.

In that case, you should read the last chapter of “Halo and Philosphy” (chapter 15, the one before the epilogue or “debriefing.”) The chapter is titled, “Would Cortana Pass the Turing Test,” and it’s written by ME! I recently found out that our book is featured in the October issue of the Official XBOX Magazine. 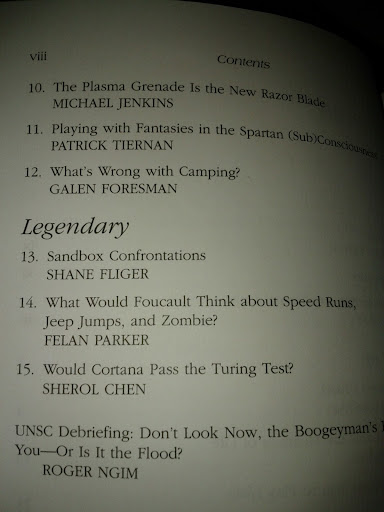 In my chapter, I give you: 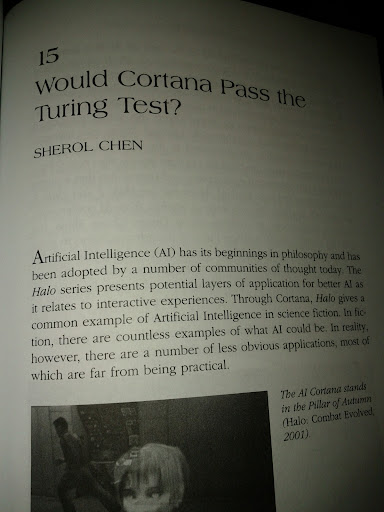 I’ll post my chapter when I get a chance, but in the meantime I’ll leave you with my concluding paragraph:

But, why would this matter to the everyday gamer? Well, I suppose it’s a matter of whether you’d prefer to be a spectator or an influential participant of your own life, whether you’d rather be dictated by technology or be the one to dictate technology. I wrote this chapter to let you know that this choice is available and entirely up to you. 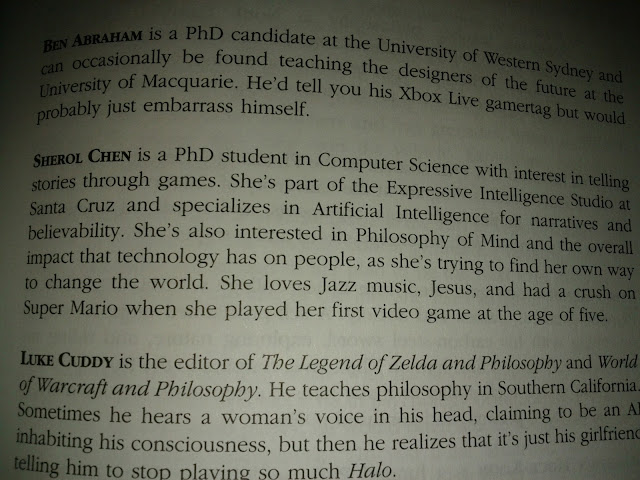 So, if you’re still wondering what AI is and just want a quick inkling of it, watch this video:

11 thoughts on “What is Artificial Intelligence?”