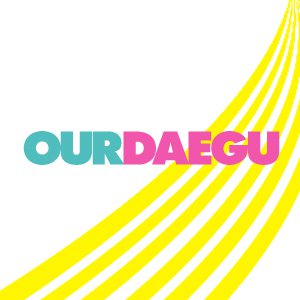 You remember the old saying, “dress to impress?” What you look like influences people’s first impression and how much favor you’re likely to have. Even if we’re told not to judge a book by its cover we still have what is known as “cognitive bias.” With that said, someone needs to call the web presence police on some of these websites. Or the other option: educate more people on what the internet is, how it works, and leave the design to the designers. In terms of web and design, my most savvy friend is launching a new site in South Korea. Simple + functional = elegant.

I was telling a musician friend how my band, Terminal Degree, plays shows for free, because we don’t need the money, nor do we feel like we deserve to be paid. He says, “you should always get paid for music.” You don’t want to sell yourself short, and you don’t want to undercut the other musicians. Undercut? I never realized that by playing for free, we’re propagating this assumption that musicians don’t need to be paid. It devalues what people should be taking more seriously– This is how I feel about the internet.

As you’ll find if you ever have a reason to search through the websites of computer science professors, they radically value function over fashion. Simplicity is a great aesthetic, in my opinion.

The worst websites are the ones that take themselves too seriously, with a layout that is poorly thought out, deprecated web technology, and inconsistent formatting. The Christians are most guilty of this, especially because of how seriously they take themselves and how little they’re willing to learn about what the internet does.

I’ve been to Christian events where speakers tell their audience to get off of twitter, but if you go to the event website, they’re asking people to “join the discussion” via some hashtag. There is clearly miscommunication and misinformation occurring.

Christians aren’t the only ones holding us back. I’ve dined with “social media consultants,” which sounds like a step in the right direction; except, they didn’t even know what hashtags and trending topics were. These people are what I call fashionably geeky. Once again reiterating the point that we need to value design and function of what we do on the web through thoroughly educating ourselves and keeping up with the quickly changing web aesthetics and tools.

Just like how people don’t really need to learn how to read, no one would say that a person should not be literate. I take a somewhat radical stance that people need to know how computers work, how to program, and acquire “procedural literacy.” It’s not easy, but every time the corners are cut, the overall efforts are cheapened. Much like undercutting professional musicians by playing mediocre gigs for free.

Once people become literate and value the art and function of what they do on the web, then amazing efforts can come together to transform culture, effectively leveraging the internet. I’m going to end this post with 4 examples on the web done right.

Hacker News. I have a hard time using Digg and Reddit, but Hacker News has a very readable layout, with very functional features, and draws a community of people who have opinions I don’t mind reading.

Craigslist. Craigslist has figured out how to connect people by allowing them to satisfy mutual needs without any convoluted transactions, just simple and straightforward.

Posterous. Both functional and fashionable, I believe Posterous uses current technology (like mobile devices) so well and looks at the state of how the internet is being used, keeping websites looking nice, well organized, easily updated, and accessed.

Our Daegu. I felt it necessary to have a newer, less well known site in my list of examples. This one was just launched by my friend in South Korea. It combines the functionality of craigslist, drawing communities (particularly, the English literate) like what Hacker News does for, uh, hackers, with the aesthetics and formatting afforded by WordPress. Not only is this web savvy, it speaks to the needs of its audience, being relevant to people by making what wasn’t feasible or possible, easy– A fine example of how the web should be used. See it for yourself:

One thought on “Quick, Someone call the Presence Police!”